The variants LTE the Sony Xperia M2 (D2303 & D2306) and Aqua Xperia M2 (D2403 and D2406)have been updated to the latest firmware software with the serial number 18.3 .1.C.1.17 , which introduces a new phone in bootloader and partition data recovery separately. We will bring you information on the latest changes and download links for the update for each of the models.

According to reports, the new firmware features similar to those found in a previous version of the software features, 18.3.1.C.1.16 , which began to reach devices recently. For now, we have more details about the update that provided: the new bootloader and  separate recovery partition As for other changes, the new firmware has not yet supplied a changelog , a table of changes, and Sony has not announced the exact features implemented in this new version.

Nevertheless, what we do know is that the firmare ( 18.3.1.C.1.17 ) is already reaching some regions in particular, for the moment not all! Those unwilling to wait for the official release of the firmware in your country or region can be made with the update via the following links.

Download the update for Sony Xperia M2 and M2 Aqua

With these updates you can enjoy the latest in your Sony Xperia LTE M2 and M2 Aqua Xperia . If you become with some, do not hesitate to tell us the changes and improvements that you see on the device! 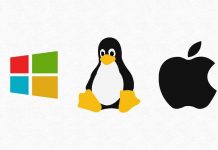 Add Efficiency in Your Organization with Virtual Hackathons