The media houses have been dragging IRB Infrastructure, a leading road building giant into a land grabbing controversy since Wednesday. The news was hyped when CBI filed a charge sheet against the construction company for alleged involvement in Maharashtra land scam. But the case doesn’t have any chance to stand in the court of law as the company has never crossed the line or cheated.

The anti-corruption wing of CBI filed a charge sheet against Virendra Mhaiskar and 17 other people who are associated with IRB Infrastructure for alleged links to a decade-old land scam in Maharashtra.

The CBI filed the charge sheet in a special court in Pune under Sections 120 (b), 420, 511 of the Indian Penal Code and sections of the Prevention of Corruption Act. The company has been under fire for trying to take over 73.88 hectares of the Maharashtra government’s land.

But the case is far from what is being said. IRB’s subsidiary AIIPL started acquiring land parcels from farmers in Pune District’s Pimploli village in 2007 that totaled to 1,200 acres. But when the company came to know in 2009 that the 5% of their acquired land actually belonged to Maharashtra State Road Development Corporation (MSRDC), the AIIPL cancelled agreements to sell these land parcels as they realized that the farmers had shortchanged them for making quick money.

The CBI’s charge sheet questions the price of this 5% land, which is just Rs 6 crore. However, since possession of those land parcels never occurred, it is difficult to understand how the company was involved in the ‘land scam’.

The media continues to hype the new without trying to find out the actual reason. The charge sheet against Virendra Mhaiskar seems just like a part of the practice, at a time when most builders and realtors are under the scanner of government.

However, the MD of IRB Infrastructure calling it just an extension of a 10-year-old case has refuted the allegations. “We don’t understand when all procedures were followed strictly by the company while purchasing the land parcels, how come IRB cheated” he said.

He further added “We deny all the allegations made against us and we seek appropriate remedies under the law. The management of our company is law-abiding and will take up the matter with the court.”

IRB Infrastructure has already filed its disclosure with the Bombay Stock Exchange and the National Stock Exchange on Wednesday itself. While replying to Aditya Mongia from Kotak Securities about monetary liability coming on the company in an investors’ conference call, Virendra Mhaiskar said: “Nil, because no cheating has happened. We do not see any liability of even a rupee.”

“We understand that the investigation now stands concluded, and the charges filed in the charge sheet would be contested in a court of law”, he concluded. 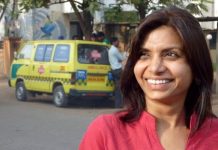 Expanding its operations in Jharkhand, How Ziqitza Healthcare is improving the healthcare system in rural areas – Shweta Mangal

India is Cracking Down on Foreign Bookmakers