Being able to stand out in a mobile market dominated by Android and iOS so the total is really difficult, and to date no one has done it even if Microsoft seems to be the only company in a position that they could play. Canonical is trying for years and with its Ubuntu Touch has created a smartphone operating system that has attracted a large audience of lovers of technology geek. Now comes the first Ubuntu Phone marketed on a large scale, a remake of the Meizu MX4 with Ubuntu Touch.

Meizu MX4 is the first smartphone to arrive in our country with processor Mediatek MT6595.A SoC that sees the use of architecture Octa Core consists of 4 cores at 2.2Ghz Cortex-A17 and Cortex-A7 core 4 at 1.7GHz, all helped by a Power VR graphics card 6200. The power is not lacking despite being unable to It is regarded as a high-end CPU. Today, then in mid-2015, is a mid-range processor because it does not have 64-bit architecture and still has several generations best front.

Do not miss 2GB of RAM and 16GB of internal memory that is combined with a display by the particular shape and with a size of 5.3 inches. Wide also battery 3100mAh full connectivity, including LTE.

The construction of the smartphone is very good and the design reflects some of the lines of the new range and iPhone in the products known as Galaxy and iPhone 3G a few years ago.The mix is convincing and the quality of the body and very good with partiin metal. The relationship of the form, however, is particular in that, despite being a 5.3 inch, it is not particularly high but is instead quite wide. Basically it is the opposite choice made by Applethat tends to tighten and extend its products.

In hand it held still quite well even if the width prevents arriving at the ends of the panel with one hand. The weight is still important and is well balanced.

As mentioned above, we talk about a screen of 5.36 inches, JDI IPS with a resolution unconventional and 1152 x 1920 pixels. It is a panel of excellent quality from all points of view and very pleasing to look at. The extreme thinness of the edges allows for a feeling of total immersion while playing multimedia content and the panel reproduces very well the colors, the color gamut and wide viewing angles. The blacks are good for an IPS and the touchscreen is always responsive and smooth.

From then emphasize two aspects: the first is the gesture that they are virtually the control system Ubuntu Touch and modifying the very eseperienza with the smartphone than the Android OS Flyme The other relates to the physical key central that, while not integrating sensors advanced, it was virtually disabled in terms of advanced features and LED and turns on only when we touch it.

The firmware was not optimized and certainly live up to the real performance of the phone.More about that in the next section but with Ubuntu Touch MX4 does not come close to the autonomy of Android and heated so much.

Excellent audio portion. The case put at the bottom of the body, style iPhone 6, is really very powerful, both in calls with hands-free, both in multimedia playback have a warm sound, clean and convincing volume. Also good quality earpiece to the other party always audible and management microphone without problems. Much the same for the receipt which showed no uncertainties with all the free Wi-Fi i .

Ubuntu Touch is available now for months, even years if we consider the first official ROM for Nexus devices. It was presented at MWC 2013, and therefore of the road between releases, updates and improvements they have been great. Unfortunately all the work and do not see this MX4 Ubuntu is a great smartphone for fans to keep on your desk and Spippola occasionally. Practically unusable in everyday life to several problems related to battery and heat and for a software that, as improved, is still far can be compared to other OS.

The basic idea, that of the control by Swype, and gesture, is excellent and some solutions are really very interesting and intelligent, unfortunately responsiveness, pleasure and completeness are not yet part of Ubuntu Touch. A pity because the project is very interesting but is unlikely to really find your way to success. We hope to Canonical but there is much to be reviewed. In the video you can enjoy useful software.

Really excellent camera. 20.7 megapixels are available as the Sony Xperia last generation. The quality is excellent and also the best of Japanese products with excellent definition both in macro overview that in no particular noise. The interface is simple but with many small settings that allow you to play with exposure, focus, scenes and filters if you want to experience.

After years when it comes to Ubuntu Touch, the marketing of this smartphone he has not convinced us. Too immature, still impossible to be used daily and for users really fond of novelty. MX4 is not the problem because it has great hardware but the system is still far from operatic to be a truly usable release. 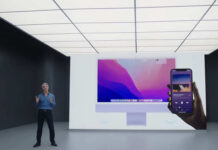