If you have been a taxpaying citizen, then this might be the last three days for you to get your returns, as the three days as mentioned earlier are officially the last three days to file your income tax returns for this financial year. While it doesn’t mean that you would have to bear penalties, the Income Tax Department has suggested to not avoid the deadline as the delay could lead to a loss of pay. This rule, however, comes into action only next year, and not for the financial year of 2016-17.

For those of you who are wondering what the penalty is; one is entitled to pay a penal interest of 1 per cent per month, starting from the due date of the returns filing till the actual date of filing with unpaid tax liability. This could also be accompanied with the IT department prosecuting you, if the return filing is later than the assessment year and if it exceeds Rs. 3000. In the case of non-filing, a penalty of Rs 5,000 will be imposed if you fail to convince the IT department that the reason for the delay was justified.

So, have you filed your tax returns yet? If not, do it soon, or you could lose your money. 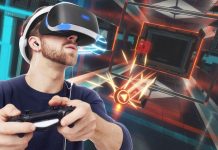