What is CBD oil?

CBD Oil is a dark green product made from the flowers of hemp. The active ingredient that makes CBD oil so interesting is CBD. Or cannabidiol. CBD is a cannabinoid that works in different ways. For example, it has a calming, anti-inflammatory and depressive mood. THC, the best-known cannabinoid found in trace amounts in CBD oil, has a psychoactive effect, making CBD anti-psychotic and even counteracting intoxication. Legal CBD oil must not contain more than 0.2% THC, which makes it impossible for the CBD oil to create an intoxicating effect.

There are different qualities of hemp oil. So far, it has been assumed that CBD oil with a particularly high amount of CBD oil pharmaceutically effective. Today we know that’s not true. Because hemp oil, which contains only CBD, was produced with cannabidiol as an isolate. But what makes hemp oil so special is not just CBD, but many other cannabinoids and plant ingredients. Pure CBD only affects certain symptoms. CBD oil with the full range of cannabinoids is more versatile. Because it also contains CBDa, CBG, THCa, CBN, terpene, bitter substances, which achieve an optimized effect in interaction. The interaction of these important plant substances is called entourage effect.

Hemp, the plant that man always loved until the 20th century

For several years, the hemp plant undergoes a return. Many people are again interested in cannabis and CBD oil. But a few years ago hemp, THC and CBD oil were still highly controversial. Cannabis is still illegal in most countries around the world. Many people see cannabis as a nasty drug that makes you lazy. But where does the anger come from this predominantly harmless plant? From the 21st century. At that time the Americans enforced a worldwide cannabis. Proved to be false facts and lies. But before that time, hemp was recognized medicine and cultural assets in Germany and many other countries of the world. Hemp was used for thousands of years as a medicine for pain and lack of sleep. As an intoxicant, as a payment option and also as a raw material for clothing, hemp paper or for construction work. 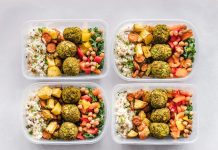 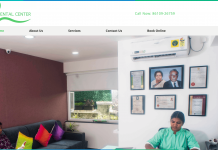