Fan Movie Teaser: King Khan upcoming movie second teaser of the film ‘Fan’ has been released today on the occasion of his 50th birthday of the Bollywood king Shah Rukh Khan. SRK has earlier promised to release the second teaser on his birthday. FAN teaser 2 Review takes from the first teaser, where only the back of Gaurav was shown. The FAN teaser 2 shows the story of Gaurav as a child and how he is obsessed with this superstar ‘Fan’ which features SRK in the lead role. The star portrays a dual role in the movie – one as a Superstar and the other as a fan. film which was shot in Mumbai, Croatia, London and Delhi, is about Aryan Khanna’s (Shah Rukh Khan’s character in the film) biggest fan Gaurav who tries to meet his idol. In the teaser you will see the biggest FAN Gaurav being introduced. You will see how Gaurav follows his idol Aryan Khanna from his childhood, collecting his pictures and seeing all his movies.

Shah Rukh has been introduced as the superstar Aryan Khanna along with his biggest fan ‘Gaurav’ who just looks like him. However, SRK has been given a completely different look in the film and his fans will be just loving itInterestingly, the makers of the film have given a different look to Shah Rukh, which will be a surprise element for the fans when they watch the teaser.SRK shared the teaser on his Twitter handle with caption: “#IamGaurav and meet me here.””The first teaser only showed that Shah Rukh plays two characters — one of a superstar and the other of a fan. The second teaser will give you an idea of what the film is aboutTo know about the story of “Fan”, watch the teaser below:

FAN teaser has footage of the real-life Shah Rukh Khan waving out to his real-life fans. The video was captured on his birthday last year from his home Mannat in Bandra, in the presence of Maneesh Sharma. In fact, November 2, 2014, the 49th birthday of Shah Rukh Khan is when the shoot of FAN began.

Indian thriller film helmed by Maneesh Sharma and produced by Aditya Chopra under the banner of Yash Raj Films. The movie tells the story of a big of the superstar. The first teaser of the film was released on July 9 via YouTube and it has hit over 2 million views in just 48 hours. 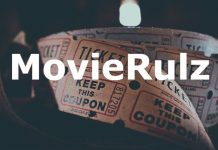 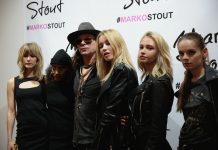