Yes you are reading it right, renowned writer Salim Khan wanted his elder son Salman Khan to become a cricketer.

But luckily our Sultan chose a different path and we know he did a right thing!

Going back to his early days ,where he has practiced cricket under guidance of his coach Salim Durani who  always said that “Salman has bright future in the field”.

But when Salman got to know that his father has got this news , he deliberately started giving bad performances whenever Salim Khan used to attend his matches.

The only reason for this was, his laziness!

During the launch of  Sania Mirza’s Autobiography “Ace against odds”  he said “ its next to impossible for him to get up at 5:30 in the morning and go for practice sessions. So it made life difficult for him. And he thought this would make cricket difficult for him.”

He also added “I barely managed to get up early during my school days. I used to attend my first lecture at 9am , so it means I would be awake by 8:30 am”

But before becoming an actor, Salman  always wanted to be a director. 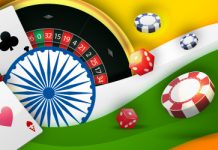